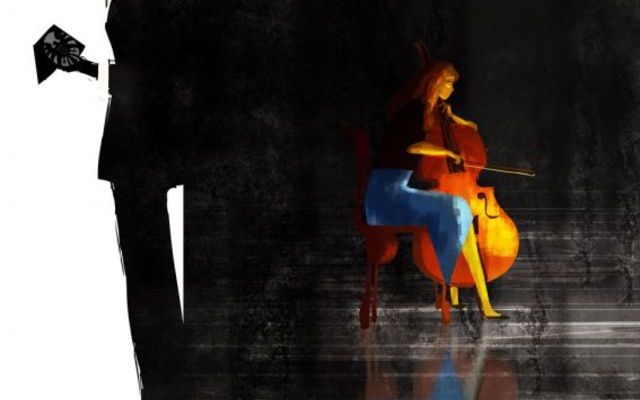 Another strong episode from the 1st year show. MAOS has seen some encouraging improvement in its viewership despite alarmingly low numbers of total viewers.

During the 8 o’clock hour, ABC’s Marvel’s Agents of S.H.I.E.L.D. took 2nd place in Adults 18-49 and was up 1-tenth from its last original telecast in the hour two weeks ago in the Fast Affiliate ratings (+6% – 1.8/6 vs. 1.7/6 Fast Affiliate on 4/8/14, which rose 2-tenths in the Nationals). Please Note: S.H.I.E.L.D. regularly increases from the preliminary Fast Affiliate numbers to the L+SD National ratings, rising between 1-2-tenths in Adults 18-49. So far this season, originals have gone up 15 times from the morning numbers to the afternoon numbers. In addition, the ABC drama was up 16% in Total Viewers over its last original in the hour (5.7 million vs. 4.9 million Fast Affiliate on 4/8/14), drawing its biggest overall audience in 3 weeks – since 4/1/14.

This episode was especially fun because we’ve learned some more cool tidbits:

1. Agent Tripplett is a “legacy”: his grandfather was a Howling Commando and former SHIELD agent (probably Gabe Jones)!

2. “Skye” is a screen name like “Neo” from the Matrix. Her real name is Mary Sue Poots.

3. Agent May’s mother appears to be a badass and hails from Pennsylvania (like Ming-Na in real life). If May is looking for Maria Hill and finds her, will she tell May that Fury is alive? If Hill leads a team to Providence with Talbott, will Coulson continue not to trust May?

4. No one knows what Project Insight was and only May has met Alexander Pierce. So, if SHIELD is no more then how does Koenig know to ask these questions about Pierce?

5. The cellist never says that Coulson died during the Battle of New York. How was SHIELD able to cover up the whole event?

6. Another flimsy Marvel villain. I say stay away from the freak of the week if you can’t get them right. Marcus Daniels was so dumb bc he had absolutely no motivation and no explanation for what drove him after the Cellist. Was Daniels only attracted by her music? What was about the music?

7. Coulson still doesn’t know who he is. Coulson could have easily taken up with the Cellist since SHIELD is no more. Walk away and get some lovin’! I think Coulson could not make this choice bc he is defined by SHIELD and without it he can’t be himself around her. Brass Tax: he is scared of himself without SHIELD.

8. Could the Cellist be the Real Clairvoyant?!

9. What was it about the bathroom picture that allowed Skye to come out to Ward? We still have no idea why Skye is special. When will we learn about her powers?

10. Do we really want every character I. The bus hooking up with the other? I say no but they have to keep female fans happy, I guess.