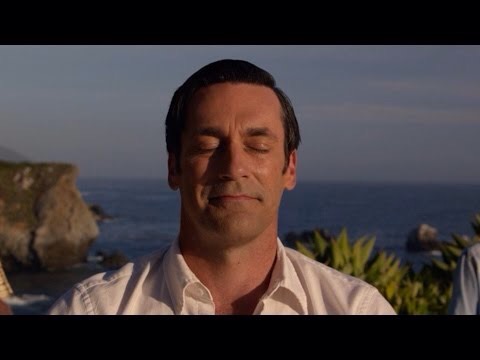 Mad Men ended last night on a significant note that pokes a finger in the eye of many viewers who had questioned where the long depressing slog of the last season was taking us. I like many others was shocked and pleased with the craftiness of the finale’s final moment, but what did we get before we bought the world a Coke?

We have been schooled throughout the series that these people have been thrust into adult situation with immature designs. Note how often age was mentioned when the series began, particularly the distinct difference between those who did not serve in World War II.  Those who did not serve were seen as naïve. Don got some leeway based on his supposed gallantry in service.  The real sense was that war did not make adults but instead made desperation more forgivable as we saw the men at the American Legion relieve Don on a heavy burden.

Don’s trip West was a vision quest he didn’t know he needed. A search for his ‘self’ has been ongoing throughout the series which we realize on many occasions on the show is as Dick in California. Many have pointed out that we still don’t know who Don is by the end of the series and if we are to get a true sense of who he is by the end, the Coke ad betrayed any revelation because it was too twee.

However, we ultimately come to see Don as Dick: a man unburdened after telling his secrets first to strangers, and then to Peggy, and acknowledging who he is by co-opting the hippie aesthetic for a brilliant ad that would carry the worlds biggest brand for years to come. Dick is a free man making a choice to return to the ad world that he shunned. He is again reset.

The larger question of whether sobriety and loyalty are tied to adulthood is not considered here because Don could have ultimately been unchanged by his transcendentalism. He could go back to his drinking and womanizing as soon as McCann gobbled up with the pitch for Coke. Was it the alcohol? Was it the women? Was it his upbringing? 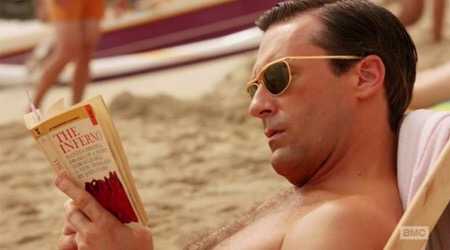 We ultimately come to find out that it was ‘Don’ who held Dick back. Many compare Don to Superman but he was more like the Hulk. Don like the Hulk wanted to suppress Dick who was the earnest, messed up, immature, hobo. Don (Hulk) would suppress Dick with alcohol, infidelity, and dismissing his kids.   So Dick (Bruce Banner) looked for a cure: strip Don away, give up his money, his marriages, his relationships (except for the truest one), and finally his austerity.

Don hears from Leonard and hears his story as an unwanted child, his brother’s story was a desperate wanderer, his kids’ story as fatherless curs, and he also hears the siren song of the focus group. With all things stripped away Dick is the genius, as he has always plumbed his sentimentality, that was usually stifled by Don, to come up his many ad concepts.

So in the end, I feel that this ending is not any more cynical than this show has already always been. Remember that this is a TV show about the ad world in the 50s, 60s, and 70s, possibly the most Earth-shaking 20 year stretch in American history where the main characters were virtually unchanged by any of it. Maybe had the series continued, we would have seen Don dealing with gaslines, but I doubt it. The struggle was never real on this show beyond who Don/Dick truly was.

I will miss Mad Men dearly but will not miss the agrandizing of the show week to week. It was a great TV show and you should never feel cheated by a show. Dick won and we should be happy about that.