I had a very vivid dream about Tom Cruise last night. I love the dude as an action star and an actor who gives every fiber of his being to entertain his audience. He can’t turn off his charm, his intensity, and his determination in any performance, from a drug-addled, physically disabled Vietnam veteran to his now classic never-daunted Ethan Hunt character from the Mission: Impossible movies.

In fact, I most recently saw the MI5 film 2 weeks back and watched him nearly charm the pants off a beautiful femme fatale 25 years his junior. I wondered where he stores all this charisma in reserves. However, in the lead up to the film, all people could talk about, aside from him actually hanging off the side of a flying airbus, was the aversion to all talk show hosts, from the affable Jimmy Fallon to the testy Jon Stewart, avoiding the questions about the allegations regarding his professed religious, Scientology.

My initial thoughts were that we don’t have George Clooney on The Daily Show to defend Catholism against the scourge of sexual abuse allegations (that’s assuming that Clooney is a practicing Catholic). However, Clooney (if Catholic) isn’t probably the most famous Catholic alive who could speak on the controversy. That’s why we have the Pope there riding around the world apologizing for things that happened in the Catholic past.

Back to my dream, so I’m somehow on a vacation with Tom Cruise with a film crew as we wind our way down a river in a jungle environment. He’s playing the great white hope to brown natives, but what stands out to me is young brown boys with distended bellies who are wearing nothing but a kind of chastity belt that is in someway traditional. They have piss and shit running down the legs with runny noses as the pull at these belts wailing in pain. I see this only after going into an area that was off limits to the film crew, and because I’m brown, I’m allowed.

This is happening all while Tom is talking in voiceover about the beauty of the untouched environment in which these people live. Its so ridiculously precious that at one point Tom touts the purifying virtues of the waters surrounding the village. He disrobes down to some kind of loin cloth and submerges himself in the waters and then it majestically hoisted into the air on an underwater platform like he’s John Blake at the end of The Dark Knight Rises.

Its then, in my dream where I have reached my limit. I corner Tom in a hut where he is talking to the film crew about how cleansed he feels. I stick a finger in his face and tell him that I’m sick of it. We’ve been traipsing around the world and patronizing all of these indigenous people in the course of furthering his self-exploration. I tell him that he sat by and watch and knew that those young boys were in peril and in pain.

The feeling of peril and pain doesn’t always ring with me because I can be an insensitive prick, but now I think that I’ve been touched enough by this dream to say it: Tom Cruise should answer for what his religion does to innocent people who are merely searching for meaning in their life. 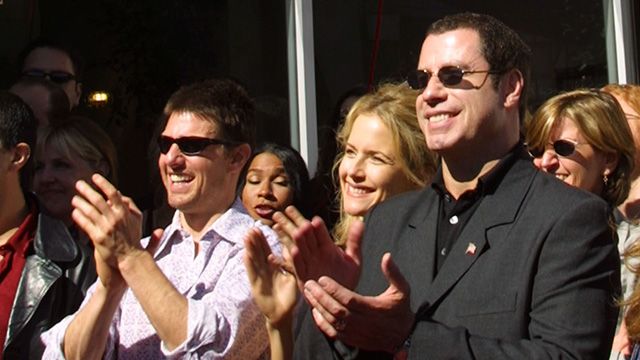 I, like so many others, watched the HBO documentary ‘Going Clear’ with a sense of astonishment at how loosely this ‘religion’ was pieced together, and how it was built on the back of someone who may or may not have been a depressed, and repressed person. The thing that is most clear from the film is that those who don’t meet the status of say a Tom Cruise or John Travolta don’t get the same treatment as a CPA who wants a better way of thinking about his life.

In fact several former low-ranking members of the church present allegations of the abuse of church members and misconduct by its leadership, particularly David Miscavige (apparently one of Tom’s closest friends and advisors), who is accused of intimidating, beating, imprisoning, and exploiting subordinates.

Now, I understand that if Tom answers just one question about his religion, then he is subject to several more, so he is smart to avoid them. But for those few media members who have the opportunity to ask, and for them not to ask, is anathema to their profession.

If Tom refuses to answer then I would have to seriously consider (again) whether or not I want to see any of his movies. Yes, I said again because I had been off the Tom Cruise cruise for a while after he started dating Katie Holmes back in the early 00s. I think a lot of people had been, including a major studio Paramount, who wanted to rethink their work with him especially after his coach dance on Oprah. There was concern about his sanity. Then there was the leak of the Scientology promotional video of him talking about his religion which further the narrative that he was off his rocker.

So, the logical question that a reasonable journalist might ask is what changed between then and now? One thing that changed is that Tom’s career arch shot back up after dips with some iffy dramas he put out prior to Mission: Impossible 3 and 4. It was those films which helped solidify his position in Hollywood, as well as well-received actioners like Jack Reacher, Edge of Tomorrow, and Oblivion. Tom was working smaller films to build himself back up. But still no questions of Scientology and misdeeds of Miscavige need to be addressed because the accusations are not without merit.

People are in peril and in pain. According to ‘Going Clear’, this doesn’t end when you leave the church which has the religion shunning family members, disparaging former executives, and stalking former members who speak out. Cruise must answer these alleged tactics with a clear explanation, or more to the point, distance himself from these activities.

So, where did my dream leave me this morning? So upset that it woke me from a deep sleep and I told my wife exactly what happened beat by beat. This doesn’t happen to me much anymore…call it an epiphany, but Tom Cruise should stand up for those who have been hurt, and until such a time, I will refuse to see his films (or support his explorations of self, in my dreams).

One thought on “My Letter to Tom Cruise”