First he will be featured in a Scorcese movie, “Wolf of Wall Street” which looks sick and twisted on a Oliver Stone level for a Scorcese flick.

Next there’s a new HBO project with he and Woody Harrellson. I can’t imagine how much weed may or may not have been smoked on that set. I will bet that Willy  Nelson showed up on set at some point too.

Since I featured Mr. Reeves in an earlier post, I thought I would feature his most excellent cohort in this post. Alex Winter produced and direected a documentary that I can’t wait to see. This film follows the Napster kids from their infancy to the present day. Mr. Winter has known Mr. Parker and Mr. Fanning since the late ’90s and intended on making the story of the Music Industry versus Napster into a feature film (which probably could still happen). He discussed his personal relationship with the internet with the Nerdist guys in a recent podcast.

Here’s the trailer for his new documentary.

Gillian Anderson (!) did an AMA (ask me anything) on Reddit today. I missed it, regrettably.

Question: You are amazing.

You will be filming Crisis in Chicago, were born in Chicago, and are a DePaul grad. Anything you really like about the city?

Was Scully always supposed to be a redhead or was she because you were at the time?

And again..you are amazing. Can’t say it enough!! I’m excited to watch The Fall on Netflix 🙂

Gillian: I wasn’t a redhead at the time, I was mousy brown, and I am very glad that somebody had the idea to add a bit of color to my life. And I haven’t spent much time in Chicago since I graduated from college; I am so excited to investigate how the city has grown since then. My sister lives there with her illegal wife and my mom lives nearby and I am seeing this as a new adventure.

via I am Gillian Anderson – AMA! : IAmA.

Funny compilations of William Riker sitting down with various people on the Enterprise. Man, Patrick Stewart has been bald for many, many years!

Of course, this is a social commentary with a piercing and driving cathartic explosion of prose. Ms. Hill first struggled with not being labeled as a soul music songtress and fought to be one of the hottest MC’s in the game. Since the “Miseducation of Lauryn Hill” she has struggled with the limelight despite releasing one of the greatest albums of the 20th century. She has not released an album since and has become the JD Salinger of music.

Her new track spews hot fire at society and those who fight to misconstrue Ms. Hill. She is a mother, a diva, a songstress, an MC, and one of the most important musicians we’ve ever produced. Adele owes everything to Ms. Hill, and Kanye West owes her for the concept of his 1st 3 albums. That’s the extent of her reach into modern music. Where Mariah has been a hit maker, she will never have the cultural impact that Lauryn Hill has had.

We needed Ms. Hill in the late ’90s and still need her today. Her new music is always welcome.

You will know you are watching Spielberg when you see these characteristics in the film. Or maybe a JJ Abrams film.

One the First Round Draft Day, we remember that drafting your franchise player is a roll of the dice. So, be smart, be first, and be sure!

Side note: the 90s were great! 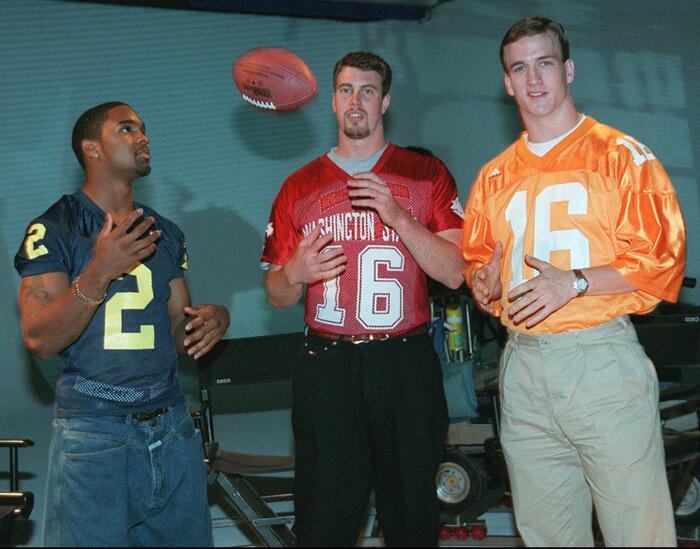 I watched the Rock and Roll Hall of Fame show on HBO at about 2:50 am this morning because I couldn’t sleep. The Peppers kind encompass all the music that was presented throughout the evening. It was also cool that Chris Rock inducted them that night.

“The X-Files” Emmy winner Gillian Anderson is ready to return to TV in her first US series regular role since that sci-fi classic went off the air. Anderson has booked a gig in an untitled conspiracy thriller pilot at NBC from “Life” creator Rand Ravich.

The pilot focuses on an international crisis that begins when the President’s son is kidnapped along with several of his classmates. Anderson will play the aunt of one of the kidnapped children. Former “666 Park Avenue” star Rachael Taylor will play Anderson’s sister, the biological mother of the kidnapped child and an agent in the Secret Service.

Anderson has not been a stranger to TV since “The X-Files” came to an end in 2002. She’s starred in numerous British mini-series including “Bleak House,” “Great Expectations” and “Any Human Heart.” She also has a recurring role on NBC’s soon-to-premiere “Hannibal” and headlines the upcoming five-episode U.K. crime drama “The Fall” with a cast that also includes “Once Upon a Time’s” Jamie Dornan and “The Good Wife’s” Archie Panjabi.

In addition to starring in this season’s failed “666 Park Avenue,” Taylor also played one of the title roles in the quickly canceled reboot of “Charlie’s Angels” in 2011. She had previously recurred on “Grey’s Anatomy.”

via Gillian Anderson returning to TV in NBC pilot with Rachael Taylor – Zap2it.