Simon Kinberg sat down with Latino-Review for a long conversation with Fox’s Marvelverse and his contribution to the development of these films. Kinberg talked about the relationship he now has with Fox as he has been placed in a guiding role for both X-Men and Fantastic Four franchises.

“Fox, because I have made a few of these movies for them now and they have liked the way they turned out, they allow me the flexibility and freedom in the process. It’s a nice time to be making them and because of the way that Marvel operates now and STAR WARS is doing and I think in some ways with all the biggest branded entertainment is doing, they are letting us think about these stories as more than one film at a time. So we are building these larger tapestries and that’s a fun way to tell stories as well.”

Kinberg also went on to talk at length about what we could expect from Fantastic Four with Josh Trank at the helm. However, he confirmed that they would not be presenting any details of the production, like cast concept photos or pre-visualization.

“No, I can definitively officially tell you that there will not be anything from FANTASTIC FOUR at this year’s Comic Con. We are still very much in the middle of shooting and we don’t want to show anything until it’s ready and it’s not ready yet. We want the first stuff that we show from the film to really blow people away, and it will but we have got to wait until it’s ready.”

“Yes, we are hopefully going to be refining the way the people see the FANTASTIC FOUR movies. There are so many things we are doing different from the previous film and so many things different from other comic books films. When we really step forward we want it to be with our best foot forward. Instead of rushing something together for the Con we’d rather really wait until we have that perfect first image, perfect first sequence and first scene to show people. And I know that there’s a lot of people that think that’s the big surprise from Fox this year at the Con and knowing that I’m talking to a reporter and I’m going on record that I’m saying unfortunately that will not be a surprise for the fans of Comic-Con this year. Obviously the Comic-Con world is incredible important to FANTASTIC FOUR and because of that we want to give them the best version of what we are making.”

“The challenge is that they essentially live in different universes. In the X-Men world of the movies we never hear them talk about a famous super team called the FANTASTIC FOUR and in the FANTASTIC FOUR movie they are fantastic because they are the only ones of their kind meaning there aren’t other people with super powers on the streets. The FANTASTIC FOUR are in this movie are the first to transform into something super powerful. So given that they exist in these different domains or dimensions there are some inherent challenges. Part of the fun of working in this realm is trying to overcome those challenges and try to figure out how you can bridge the gaps between different worlds and different dimensions.”

“I actually think that this FANTASTIC FOUR movie is sort of a celebration of all the FANTASTIC FOUR comics that have preceded it. We have elements from the original FANTASTIC FOUR that there’s a sort of optimism and inspirational quality to the film. In some ways a comedy that was really distinct in the original FANTASTIC FOUR. Also, the notion of this dysfunctional surrogate family that comes together and has to work together is very present in the movie that owes a great debt to the originals. And this idea that they are scientist and that it’s almost like this science adventure, more than being superheroes, they are almost like scientific adventurers, that’s a big part of the movie too. We also owe a lot to the Ultimate’s and the current crop of FANTASTIC FOUR comics and you’ll see that. I don’t want to give anything away but you will see it in the details and a lot of the story telling. It’s really sort of inspired by all the different history of the FANTASTIC FOUR comics. I think what Kate meant, and I read that comment, I think what she meant which was right is that it’s not based on any one run. DAYS OF FUTURE PAST was obviously based on DAYS OF FUTURE PAST comic run and that was something that I could easily give the actors to read and they’d know the whole story. In this case because we are really snatching details, story lines, moments, action sequences from across the whole gambit of the decades of FANTASTIC FOUR, there isn’t one comic that defines the movie.”

“Josh Trank, the director, had a very clear vision as to what he wanted the movie to be, tonally especially. He knew he wanted it to be a more grounded, more character driven, more emotional, and a little more dramatic movie certainly more than the previous films. I think that tone has remained consistent through every draft and through for the however many days of shooting we’ve had now. We are well past the two-thirds mark of photography.”

The talk then moved on to the X-Men franchise which was successfully rebooted by X-Men: Days of Future Past. Kinberg worked closely with director Bryan Singer to bring the huge casts of First Class and the original films together in one film, and effectively cull the new franchise of all the past film indiscretions.

“The answer is we really do think more broadly than one movie at a time. We think about it in sort of two ways – one is the global and one is the personal. We think about these X-MEN movies as spread over – X-MEN FIRST CLASS, DAYS OF FUTURE PAST to APOCALYPSE was imagined as a trilogy for us. It’s the Origin stories in some ways of Charles, Raven, Hank and Eric and we will be settling things up in APOCALYPSE that will be generating new stories. We look at it globally as to where to mutants fit into the world. That’s why we jump from the 60’s to the 70’s and now the 80’s. We really want to be able to track the progression of the world and where do mutants fit in that world. It’s a pretty radical thing to do in any movie but certainly in a superhero franchise where you are jumping a decade each time you make a film. The reason that it is globally is that we wanted to be able to track the impact of mutants and the emergence of mutants into the world. Personally, we are very clear from the beginning as to how Charles, Eric and Raven especially dovetail, duck and weave in and out of each others lives. We were building, in some ways, a trilogy that is a story of three people; a brother, a little sister and another man who comes, in some ways, as a brother and how that sister leaves with the new brother. The war for that sisters’ soul between these two men defines FIRST CLASS, DAYS OF FUTURE PAST and APOCALYPSE. That’s a larger story we are telling even though each of those films is its own coherent and complete film. You can look at the arc of those three characters almost like a television show arcing over three complete episodes.”

“I don’t want to get to specific. We love the alternate history thing. It started in FIRST CLASS with the Cuban Missile Crisis. It’s something that we picked up on with the JFK back-story for DAYS OF FUTURE PAST. It’s something as a writer that I’ve always loved and I know it’s something Lauren Shuler Donner, the other producer and Bryan Singer loves. So, we will take advantage of the historical context of the 80’s.”

Kinberg was also asked about just how the Four Horsemen would come to be in the next X-Men sequel.

“…I will tell you this and obviously there are a lot of different versions of the Horseman over the books, and this will not reveal any of the identities so I apologize in advance. I will let you know that our choosing of the Horseman was something that we, Bryan and myself took very, very seriously and did only after an exhaustive review of all the different Horseman, both in the comics and the cartoons who have at one point or another fallen under APOCALYPSE.”

Latino-Review asked how much longer we would see Hugh Jackman’s Wolverine in the franchise.

“So I don’t personally have a contingency plan for him leaving the franchise because I can’t imagine him leaving the franchise. I’m building these movies just as I assume I have Jennifer Lawrence and Michael Fassbender and James McAvoy – I have Hugh Jackman as well. So until he literally calls me from the hospital and says ‘I can’t do it anymore’ I will continue to put him in these movies. “

On whether or not they would bring back Nightcrawler into the franchise, Kinberg said, “Is there any chance? There is always a chance.”

Latino-Review finished up their interview by asking about whether Mark Millar was still involved in continuity. Kinberg responded “Mark is still very much involved. He’s a good friend, and we’re working on a bunch of things together, including and beyond the marvel properties. One of my favorite new books is his Starlight. He was kind or crazy enough to let me come on as the producer, and I think that movie could be extraordinary, really special.” 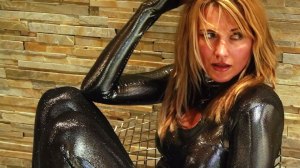 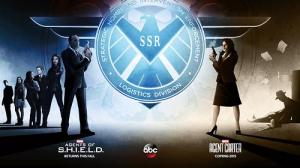 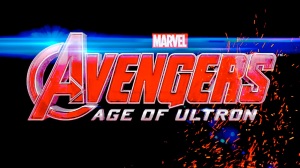 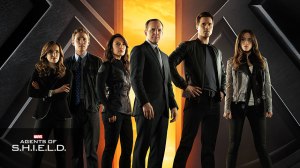 Premiering on November 7, 2014, Big Hero 6 tells the story of robotics prodigy Hiro Hamada (Ryan Potter), who learns to harness his genius—thanks to his brilliant brother Tadashi (Daniel Henney) and their like-minded friends: adrenaline junkie Go Go Tamago (Jamie Chung), Wasabi Noginger (Damon Wayans, Jr.), chemistry whiz Honey Lemon (Genesis Rodriguez) and fanboy Fred (T.J. Miller). When a devastating turn of events catapults them into the midst of a dangerous plot unfolding in the streets of San Fransokyo, Hiro turns to his closest companion—a robot named Baymax—and transforms the group into a band of high-tech heroes determined to solve the mystery.

From Disney Animation Studios and inspired by the Marvel comics of the same name, Big Hero 6 is directed by Don Hall (Winnie the Pooh) and Chris Williams (Bolt), and produced by Roy Conli (Tangled).