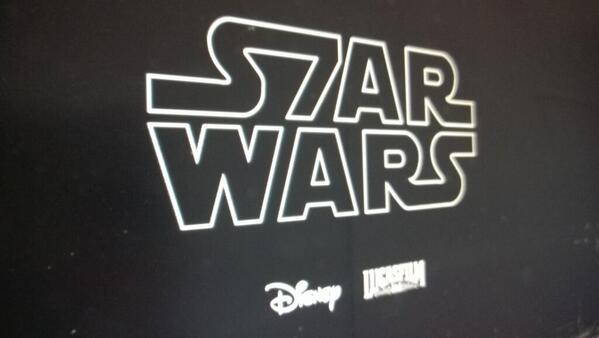 Star Wars VII is ramping up and looking to add a lead male, but just who is still unanswered. Variety names some of the front-runners, but sounds like the net has been cast far and wide. I can’t wait until it is announced because I think this will break the internet!

Now that we have the principal actors in place for the Fantastic Four, a villain must be found. Reports are that four actors are in consideration for the role.

From Moviepilot.com: Sam Riley from Maleficent, Eddie Redmayne from Les Misérables, Toby Kebbell from Wrath of the Titans, and Domhnall Gleeson fromHarry Potter are rumored to be in consideration to play the main villain to the new Fantastic Four! Some reports have noted that all the potential castings for Doctor Doom are in their early 30’s and all have non-American accents.

What do you think of the choices?

## Also, Miles Teller was on David Letterman last night and I have to say that seeing this kid on a couple of talk shows has me liking him more and more. He acknowledged some disapproval when they brought up his casting, but also engendered some love for being so earnest. I think Teller is going to be a huge star in coming years on par with Bill Murray, and possibly a little Hanks. For him to already have a superhero franchise proves that people are prospecting his trajectory.

He already has a name that sounds like a Star Wars moniker, but he may be playing the new big bad in the Star Wars universe.

The story does not mention whether this villain will bring the rise of the Sith, but one must assume that if Star Wars is coming back, then we must have a Force-powered bad guy. Not just some Trade Federation lackey.

Jesse Eisenberg is your new Lex Luthor in ‘Batman vs. Superman’ | The Verge.

Breaking news has hit that Jesse Eisenberg has been hired to be the new Lex Luthor. Can’t wrap my mind around it yet, but I may be persuaded.

Also mentioned, Jeremy Irons has been mentioned as another role in Man of Steel 2.

From Deadline: “Lex Luthor is often considered the most notorious of Superman’s rivals, his unsavory reputation preceding him since 1940,” Snyder said in Warner Bros’ announcement of the castings today. “What’s great about Lex is that he exists beyond the confines of the stereotypical nefarious villain. He’s a complicated and sophisticated character whose intellect, wealth and prominence position him as one of the few mortals able to challenge the incredible might of Superman. Having Jesse in the role allows us to explore that interesting dynamic, and also take the character in some new and unexpected directions.” As for Irons: “As everyone knows, Alfred is Bruce Wayne’s most trusted friend, ally and mentor, a noble guardian and father figure. He is an absolutely critical element in the intricate infrastructure that allows Bruce Wayne to transform himself into Batman,” Snyder said. “It is an honor to have such an amazingly seasoned and gifted actor as Jeremy taking on the important role of the man who mentors and guides the guarded and nearly impervious façade that encapsulates Bruce Wayne.”

@Comicbookmovienews released more still from the @Empire magazine exclusive debut of Days of Future Past goodies. This one is particularly intriguing because we see Quicksilver with a little girl sitting on his lap. The little girl has a scarlet-colored princess dress. Just a thought…could this be a very young Scarlet Witch? Will she return in X-Men: Apocalypse?