Singer notes that not only will they be dealing with “ancient mutants”, but that this will happen in a “contemporary” time in the ’80s.

Bryan Singer reveals X-Men: Apocalypse will be set in the ’80s | TotalFilm.com.

“All Hail the King” was the glorious @Marvel One-Shot attached to the release of Thor: The Dark World a few weeks ago. Writer and director Drew Pearce confirmed something that I had noticed upon my viewing. There is only one inmate (portrayed by Allen Maldonado) noticed in the film who has a Marvel history.

He is named Fletcher Heggs or known to others are the Knight.

He is a pawn of Obdiah Stane and has a long history as an Iron-Man villain. Pearce warns that we should keep an eye out for the character as we move forward in the MCU.

Always remember, if you panic, handle it — Trevor Slattery

@Comicbookmovienews released more still from the @Empire magazine exclusive debut of Days of Future Past goodies. This one is particularly intriguing because we see Quicksilver with a little girl sitting on his lap. The little girl has a scarlet-colored princess dress. Just a thought…could this be a very young Scarlet Witch? Will she return in X-Men: Apocalypse?

Thomas Kretschman has been cast to play Captain America’s time-travelling nemesis in Avengers: Age of Ultron. More to come….

Marvel’s “Ant-Man” has found its hero in Paul Rudd, who will star in the new film from director Edgar Wright hitting theaters July 31, 2015!

The casting of Rudd represents the actor that Marvel had long ago identified as its first choice to play Ant-Man, continuing the studio’s desire to cast actors that bring several dimensions to its onscreen heroes. The film’s plot is being kept under wraps.

“When Edgar Wright came to us with the idea of Paul Rudd, we felt a huge sense of relief because the first step in creating any Marvel Studios film is finding the right star,” said Marvel’s Kevin Feige. “We knew early on that we had found the right person in Paul. When he not only agreed to do it but became as enthusiastic as any actor we’d ever met with about doing the work, we knew we’d found the right guy. We couldn’t be more excited for our audiences to see what he’s going to do to bring Ant-Man to life.”

Rudd brings a diverse background to the role having become one of the industry’s most known actors with a reputation for smart, funny and creative performances. Rudd can currently be seen in “Anchor Man 2: The Legend Continues,” as well as past roles in “Anchorman,” “This Is 40,” “I Love You, Man,” “Role Models,” “Forgetting Sarah Marshall,” “Our Idiot Brother,” “Knocked Up,” and “The 40-Year-Old Virgin” among numerous other films, television shows and primetime animation.

In addition to “Ant-Man,” Marvel Studios will release a slate of films based on the Marvel characters including “Captain America: The Winter Soldier” on April 4, 2014; “Guardians of the Galaxy” on August 1, 2014; and “Avengers: Age of Ultron” on May 1, 2015.

As many had been alluding to over the last many month, Sony is looking to expand the Spider-Man brand to basically create its own Avengers-like universe. A couple of take-aways are that they are increasing their sphere of influence by including great genre writers like Kurtzman and Orci. Second take-away is that there is virtually no way that Sony will EVER choose to option out Spidey for a Disney/Marvel/Sony crossover with the Avengers. Sony is looking at its own milk-cow and will milk it dry. The question will remain whether anyone has interest in Spidey’s universe beyond him as we know that Andrew Garfield has not been contractually obligated to the already slated Spidey 4.

BREAKING: Warner Bros and Zack Snyder have found their Wonder Woman. They’ve cast Gal Gadot in the iconic role and she will be part of Batman Vs. Superman, the film that will see Henry Cavill square off with Ben Affleck.

Gadot has been in three Fast & Furious films, as well as Knight and Day and Date Night. Given that Warner Bros has bolstered its starpower with Affleck and has Cavill returning from the summer hit Man Of Steel, it makes sense to groom new stars in the supporting roles, the way that Marvel has done. All this is clearly gearing toward the long awaited Justice League film, all based on the DC Comics characters.

Zack Snyder stated: “Wonder Woman is arguably one of the most powerful female characters of all time and a fan favorite in the DC Universe. Not only is Gal an amazing actress, but she also has that magical quality that makes her perfect for the role. We look forward to audiences discovering Gal in the first feature film incarnation of this beloved character.”

EXCLUSIVE: There has been a change in the CW‘s plans forThe Flash. Originally, the character, played by Grant Gustin, was supposed to appear in three episodes ofArrow this season — No. 8, No. 9 and No. 20, the last one serving as a backdoor pilot directed by David Nutter. Episodes 8 and 9, in which the superhero is introduced only as his alter ego Barry Allen, have already been shot. But now the CW has opted to film a traditional standalone Flash pilot instead of doing a

backdoor pilot as Episode 20 of Arrow.With Episodes 8 and 9 serving as an origin story, the plan was for The Flash character to make his debut — red costume and all — in Arrow‘s Episode 20. He will now do it in the pilot. The creative team remains the same, with Arrow co-creators Greg Berlanti and Andrew Kreisberg and series scribe Geoff Johns writing the pilot and Nutter, who helmed the pilot for Arrow,directing. Berlanti, Kreisberg and Nutter executive produce, with Melissa Kellner Berman co-executive producing.

The decision was made after CW brass saw cuts of Episodes 8 and 9, which have been very well received. Filming a standalone Flash pilot would allow the creators to better flesh out the superhero’s story and his world. While no longer a full-blow spinoff, The Flash still will be tethered to the Arrow universe since the the character (as Barry Allen) will first be introduced there. In light of the pilot order, it is unclear whether Episode 20 of Arrow will feature the Flash or any reference of him. The Arrow producers are expected to discuss their ideas for the episode with the CW this coming week. On Arrow, Barry Allen (Gustin) is a Central City assistant police forensics investigator who arrives in Starling to look into a series of unexplained robberies that may have a connection to a tragedy in his past. A comic book fan boy, Barry is obsessed with the Arrow unaware that working with Oliver and Felicity to solve the crime has brought him right into the dangerous world of the vigilante. 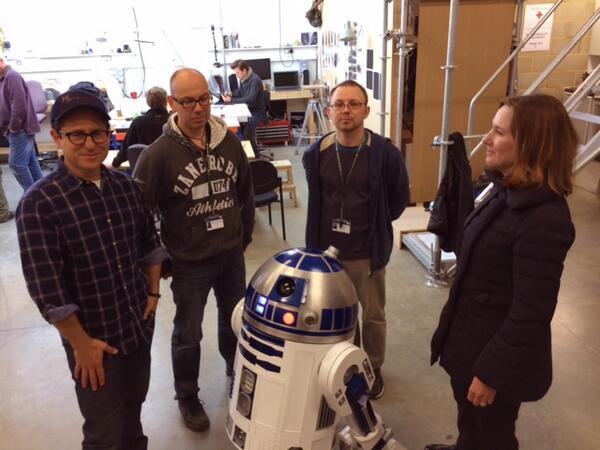 At least JJ Abrams has one idea of who should be in the movie.