We’re trying to tread carefully while writing about Captain America: Civil War. There’s plenty of story in the Marvel project that the trailers and TV spots have yet to spoil.

from Pocket http://ift.tt/1SdlrM0
via IFTTT

The Daily Mail in the UK seems to think that he is. I’m sure this is probably the best shape he’s been in, but I would not call this “Superhero Strong”.

Yes, I feel slightly pervy, but I’m working to keep you informed!! Also note the color of his shorts: Ant-Man colors….am I reading too much into this photo? Probably…

Paul Rudd reveals his buff physique as he enjoys a holiday in Mexico | Mail Online.

Clifton Collins (ccollinsjr) has been rumored to be circling a role in the upcoming Ant-man movie from @Marvel. Edgar Wright fans know that he is obsessive of his love of British character actors and seems to have a great affinity for American characters too. Note that Michael Pena has also been in conversations for a role in the movie.

My favorite role of Collins’ was as the bumbling one-nut factory worker in Mike Judge’s “Extract”. He is bound to give a great performance. Also remember that he had a role in Wright’s Scott Pilgrim movie alongside Thomas Jane as the culture police.

Casting news comes spilling out of last night’s Golden Globes after the Oscar-Winner Michael Douglas picked up another prestigious award in his career. What could be left for the 70+ year old star? @Marvel has come calling (don’t think having some young sons didn’t have anything to do with it too). I’m sure he got tired of hearing, “hey dad, when are you going to be in a superhero movie?”

Side note: SPOILERS, this means that Michael Douglas will have his technology stolen by Paul Rudd. We haven’t heard much about Pym’s influence in the world in the Marvel Cinematic Universe, but I’m sure that we will see indications of his long-time influence since they have picked such an older actor for the Pym role. 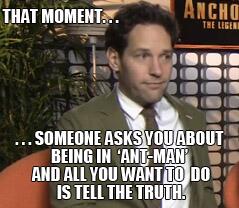 I might opt for a different font for this poster, but it looks very cool. I can’t wait to see what they actually do with this character when the movie starts production. This could be a huge cinematic feast. Also note, that they have now been to Asgard 2 times before they’ve gone to Wakanda. No more excuses Marvel!!

I’m back after a day off for a sick kid. She is just fine now, but I missed out on a few things…. 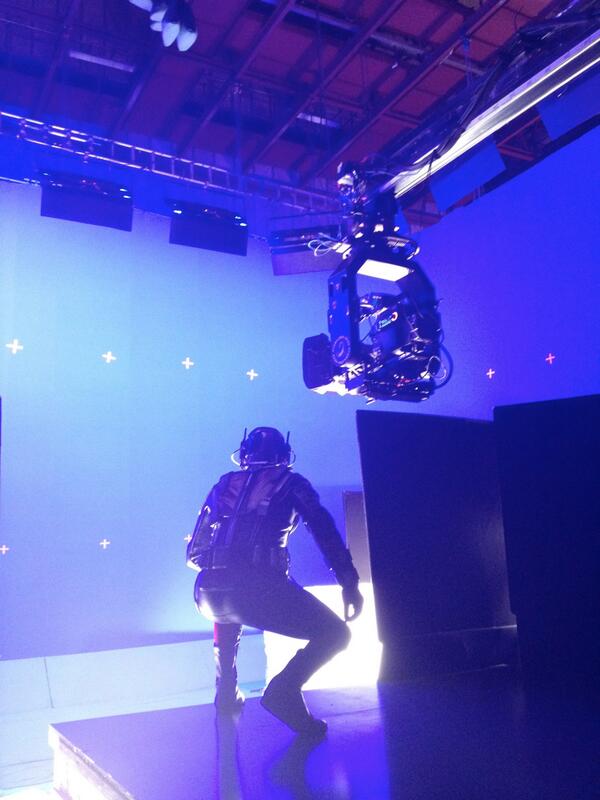 >> Edgar Wright is back to work on Ant-Man finally (only after about 6 years off the project). This is the one Marvel production that has seemed to be completely ready to go that hasn’t been up and running yet. We just need to know who will be in the suit now.

>> Here are some pictures of receipts from Jimi Hendrix’s music purchases.

>> Sleigh Bells have a new album coming out.

>> Warren Ellis writes about Heisenberg (I promise I will stop writing about Breaking Bad).

>> Damon Lindeloff should promise to stop writing about LOST too. Maybe he has?

>> I really can’t stand how generic the Big Bang Theory is, but I have liked Kaley Cuoco since 8 Simple Rules back in the day. I guess her sister can sing, and advance on The Voice.  Really didn’t sound that strong in my opinion. You be the judge.

>> Get this: Nick Fury says that the non-Olson Twin is going to be an Avenger, but will she be Scarlet Witch?

>> Amazon is reportedly working on a phone and some earlier rumors were that they would sell if for virtually nothing as they have done in the past with other companies phones.

UPDATE: I guess not, because not only is Armie denying it, but so is Edgar Wright.

Is Armie Hammer going to be cast as Ant-Man? Note that Armie is another Disney Hero in the Lone Ranger and recently spent time on the Captain America 2 set. Apparently he was there with Ant-Man director Edgar Wright, but in the reporting, Hammer is insisting that he doesn’t even know the famed director.

Studios are now about pooling talent again like it was back in the days of the studio-exclusive actor contracts. Hammer was cast as Batman/Bruce Wayne in the George Miller version of a Justice League movie before the writer’s strike blew that project to pieces. Don’t think that WB isn’t going to scratch at his door again for a Batman reboot that helps lead them into the DC age of movies after the strong premiere of Man of Steel.

Johnny Depp is a Disney player and I’m sure Hammer sees that Disney is taking good care of his Lone Ranger castmate. C’mon Armie, just own up!!!

Edgar Wright may not want you to see this, but I encourage you to watch and marvel at the future! I grew up watching Spider-Man on The Electric Company and on re-runs on TV. I also would love watching the Batman TV show on Nickelodeon and MTV.

I think the guys at Marvel movies also grew up watching these shows and were convinced that they could do much better. Okay, let’s see what you got…