20TH Century Fox released a final trailer last night for the X-Men Days of Future Past movie set for release on May 23, 2014. In it we get a bit more backstory about what Wolverine has been sent back to do and how he goes about doing it.

MY THOUGHTS (some SPOILERS):

Ok, I have had my reservations about this movie even though I have been extremely excited for many months at the prospects. This trailer looks fantastic! Again, as with almost every X-Men movie to this date, Wolverine appears to be the central focus of the storyline as he is sent back in time to get Charles Xavier to rectify a wrong. We don’t know what that wrong was yet.

This through-line is somewhat divergent from the end of X-Men First Class, but I assume will find out more once the movie comes out. The action looks apocryphal and Magneto appears to be a greater threat to society then in previous films. There is no minimization of the mutant powers here.

I don’t want to go on too much, but I can’t wait to watch this with a big bag of popcorn and a smuggled-in bottle of water.

How do you feel about this trailer? Do you think too much of the storyline has been exposed?

We get a first look at the new Summer Movie Preview cover of Entertainment Weekly featuring the iconic characters from X-Men: Days of Future Past. This epic is set for only one film, but will be packed with many mutants and a rich storyline of time-travel, assassination, redemption, salvation, and betrayal. Just who does any of these things is the real question. I have to admit that I miss Rebecca Romijn a bit, but J.Law will do.

Singer notes that not only will they be dealing with “ancient mutants”, but that this will happen in a “contemporary” time in the ’80s.

Bryan Singer reveals X-Men: Apocalypse will be set in the ’80s | TotalFilm.com. 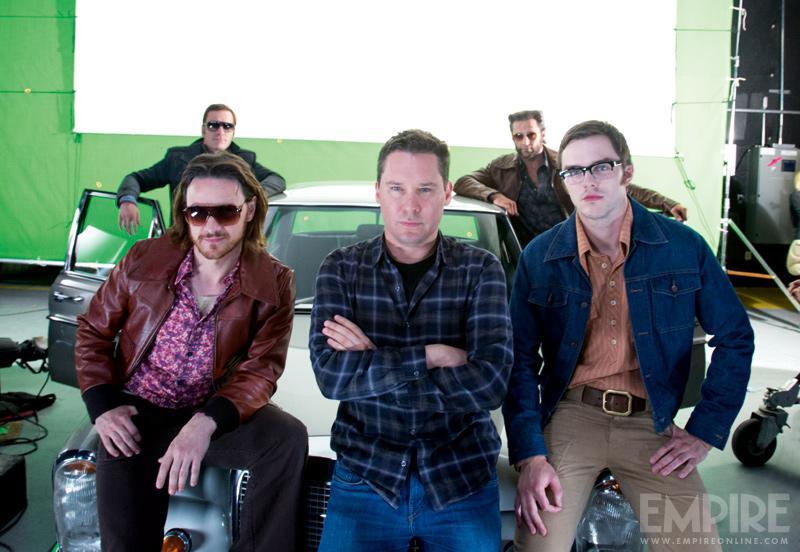 The movie studios are now stepping up their games and seemingly measuring each other up. The day that Sony presented its big debut of the new Spidey trailer with its various allusions to a wider universe, Fox has apparently already greenlit the next X-Men film.

As many believed by the aesthetic of Days of Future Past, this universe was heading toward the X-Men’s biggest bad. This not only tells us more about the X-men on earth but the future in space.

We definitely can’t wait for the future.

Two great clips to come out of the release of the Wolverine Blu Ray. #1 is a walk around the sets of Days of Future Past. #2 is an alternate ending to The Wolverine that gave us a glimpse of what could have been (squeeeeeee!).