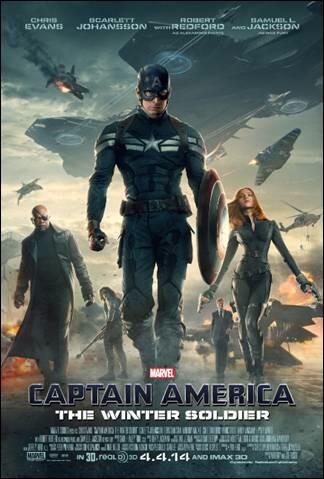 @CinemaBlend sits down with @ChrisEvans to discuss the upcoming Winter Soldier and release some new photos. Below we get our first look at Georges St. Pierre as Batroc the Leaper take on a blacked out Cap!

I think this might be the best @Marvel movie yet and the action should be furious.

Chris Evans Talks Turning Up The Power On Captain America: ‘This Has To Be More Than Bourne’ – CinemaBlend.com.

As we make our way to January 2014, there is a little flutter in my heart knowing that we are only a few months away from another Marvel Cinematic Universe installment. I hope that this movie is huge (maybe bigger than Thor), but the reality is that no one really cares about Steve Rogers outside of the U.S. just because of his name. Thor and Iron-Man don’t have the same jingoistic connotation.

However, if you return to the First Avenger, you will see that it is the strongest of the pre-Avengers films (stronger than Hulk, Thor 1 or Iron-Man 2). You will also see that the movie Joe Johnston created a rich tapestry of the MCU with a character who is tied most closely to all things Marvel.

Enjoy the pictures and watch the First Avenger again!!!

Steve Rogers returns in a new world and the military-industrial complex looks to have gotten some upgrades.

@Marvel has released the official new poster for the upcoming Avenger film and we will see a new trailer in 2 days!!!